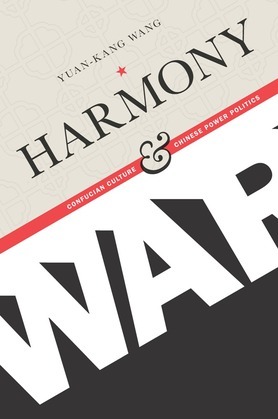 Confucianism has shaped a certain perception of Chinese security strategy, symbolized by the defensive, nonaggressive Great Wall. Many believe China is antimilitary and reluctant to use force against its enemies. Instead, the country practices pacifism and refrains from expanding its boundaries, even when nationally strong.

In a path-breaking study that travels seven hundred years of Chinese history, Yuan-kang Wang resoundingly discredits this notion, recasting China as a practitioner of realpolitik and a ruthless purveyor of expansive grand strategies. Leaders of the Song Dynasty (960-1279) and Ming Dynasty (1368-1644) prized military force and shrewdly assessed the strength of China's adversaries. They adopted defensive strategies only when their country was weak and pursued expansive goals, such as territorial acquisition, enemy destruction, and total military victory, when their country was strong. Despite the dominance of an antimilitarist Confucian culture, warfare was not uncommon in the bulk of Chinese history. Grounding his research in primary Chinese sources, Wang outlines a politics of power that are crucial to understanding China's strategies today, especially its policy of "peaceful development," which it has adopted only because of military, economic, and technological weakness in relation to the United States.