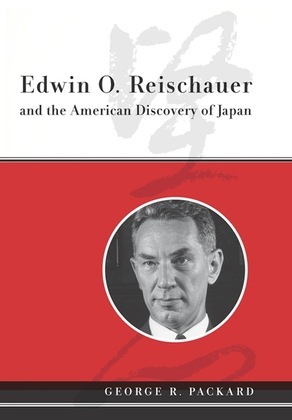 Edwin O. Reischauer and the American Discovery of Japan

In 1961, President Kennedy named Edwin O. Reischauer the U.S. Ambassador to Japan. Already deeply intimate with the country, Reischauer hoped to establish a more equal partnership with Japan, which had long been maligned in the American imagination. Reischauer pushed his fellow citizens to abandon caricature and stereotype and recognize Japan as a peace-loving democracy. Though his efforts were often condemned for being "too soft," the immensity of his influence (and the truth of his arguments) can be felt today.

Having worked as Reischauer's special assistant in Tokyo, George R. Packard writes the definitive& mdash;and first& mdash;biography of this rare, charismatic talent. Reischauer reset the balance between two powerful nations. During World War II, he analyzed intelligence and trained American codebreakers in Japanese. He helped steer Japan toward democracy and then wrote its definitive English-language history.

Reischauer's scholarship supplied the foundations for future East Asian disciplines, and his prescient research foretold America's missteps with China and involvement in Vietnam. At the time of his death in 1990, Reischauer warned the U.S. against adopting an attitude toward Asia that was too narrow and self-centered. India, Pakistan, and North Korea are now nuclear powers, and Reischauer's political brilliance has become more necessary and trenchant than ever.