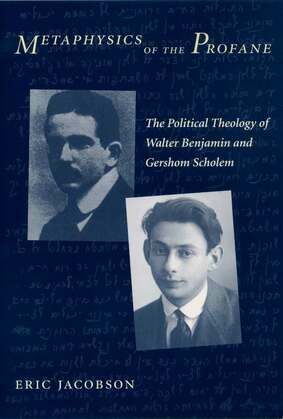 Metaphysics of the Profane: The Political Theology of Walter Benjamin and Gershom Scholem

Walter Benjamin and Gershom Scholem are regarded as two of the most famous and influential Jewish thinkers and writers of the twentieth century, and their late work is well-known. The importance of the intense intellectual partnership they forged in the years between the First World War and 1923, however, is less appreciated and understood. This is the first book to make the works of this untranslated and unpublished early period -- including Benjamin's and Scholem's ideas on messianism, language, divine justice, and the quest for a philosophy of Judaism -- accessible to a wider audience.