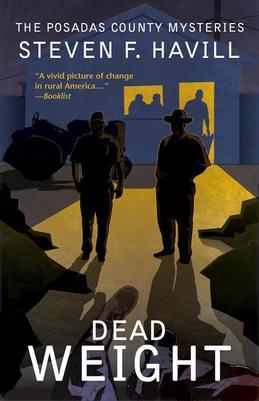 A well-seasoned sixty-nine, Sheriff Bill Gastner knows his Posadas, New Mexico, territory as well as he understands the foibles of the human condition. So when a backhoe crushes a man to death, it's more instinct than fact that leaves him feeling there's more to this "accident" than meets the eye. Adding to his problems, anonymous letters charging his best deputy, Tom Pasquale, with hustling Mexican nationals for cash are being dispatched around town. Gastner takes this one personally; he's fond of his deputy, but he does want the truth. He also knows it's an election year and dirty politics can happen anywhere. So can murder. Soon he's got not just one, but two dead bodies. And a strong desire to make sure that when he does retire, it's not by way of a well-aimed bullet....