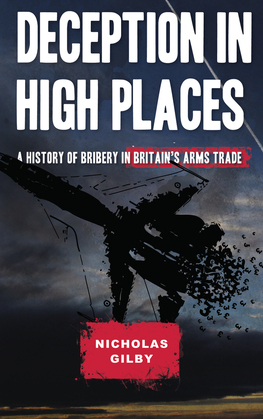 Based on painstaking research in government archives, collections of private and court papers and documents won by the author in a landmark Freedom of Information Tribunal against the Foreign and Commonwealth Office, the book illuminates a shadow world of bribery and elite enrichment.

Deception in High Places charts British government involvement in arms trade corruption and presents the fullest history yet of bribery in Britain’s arms deals with Saudi Arabia. It includes the backstory of the controversial termination of a Serious Fraud Office corruption investigation following pressure by the Saudi Royal Family and the British establishment.