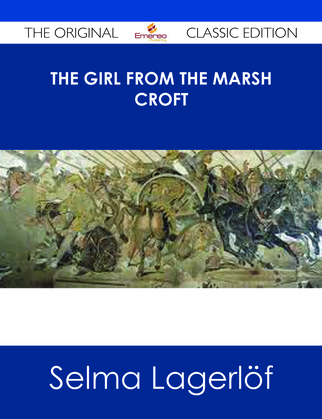 The Girl From the Marsh Croft - The Original Classic Edition

by Selma Lagerlöf (Author)
Fiction
EPUB
unlimited loans, One at a time
Details

Finally available, a high quality book of the original classic edition of The Girl From the Marsh Croft. It was previously published by other bona fide publishers, and is now, after many years, back in print.

This is a new and freshly published edition of this culturally important work by Selma Lagerlöf, which is now, at last, again available to you.

Get the PDF and EPUB NOW as well. Included in your purchase you have The Girl From the Marsh Croft in EPUB AND PDF format to read on any tablet, eReader, desktop, laptop or smartphone simultaneous - Get it NOW.

Enjoy this classic work today. These selected paragraphs distill the contents and give you a quick look inside The Girl From the Marsh Croft:

When they arrived at the marsh croft, he sat a long while in the cabin and talked with Helga's parents, telling them of how pleased he and mother Ingeborg had been with her.

...Gudmund was absorbed in thought and did not mark it, but Helga had seen it and turned abruptly to him: 'It is not worth your while to be in my company, Gudmund, for, unless I see wrongly, it is the Juryman from Älvåkra and his daughter who come driving back there.'

About Selma Lagerlöf, the Author:

She was the first female writer to win the Nobel Prize in Literature, and most widely known for her children's book Nils Holgerssons underbara resa genom Sverige (The Wonderful Adventures of Nils).


...Selma Lagerlöf was herself active as a speaker for the Country Association for Women's Suffrage, which was beneficial for the organisation because of the great respect which surrounded Lagerlöf, and she spoke at the International Suffrage Congress in Stockholm in June 1911, were she held the introduction speech, as well as at the victory party of the Swedish suffrage movement after women suffrage had been granted in May 1919