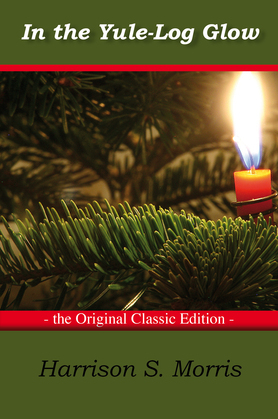 In the Yule-Log Glow - The Original Classic Edition

In the Yule-Log Glow is a series of 4 books originally edited and published by Harrison S. Morris in 1892. The books contain Christmas stories from around the world. Books I and II contain short stories and book III and IV consist of christmas poems.
Amongst the authors are John Keats, Shakespeare and George Washington.
Book I features " A Russian Christmas Party" by Leon Tolstoi.
Book II features a story by Alphonse Daudet (translated from French)
Book III is a collection of Christmas poems by famous authors like Shakespeare, John Milton and Lord Tennyson.
Book IV continues with a series of Christmas poems and it features poets like William Morris, Robert Herrick and John Keats.

Harrison Smith Morris was born in Philadelphia on October 4, 1856, the son of George Washington and Catharine (Harris) Morris. He had two younger sisters, Matilda Harris Morris and Jane Walters Morris, who never married. At the age of sixteen he went to work for the Reading Coal & Iron Company to help support his parents, who were in ill health. In 1893 he became the managing director of the Philadelphia Academy of the Fine Arts, a position which he held until 1905. Morris also served as editor of Lippincott's Magazine, art editor of the Ladies' Home Journal, and chairman of the Ways and Means Committee of the National Academy of Design.