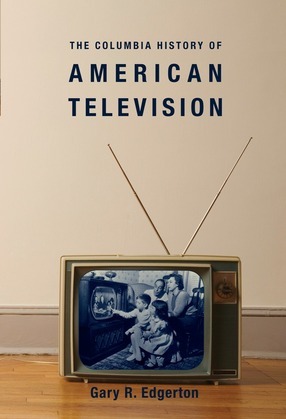 The Columbia History of American Television

Richly researched and engaging, The Columbia History of American Television tracks the growth of TV into a convergent technology, a global industry, a social catalyst, a viable art form, and a complex and dynamic reflection of the American mind and character.
Renowned media historian Gary R. Edgerton follows the technological progress and increasing cultural relevance of television from its prehistory (before 1947) to the Network Era (1948-1975) and the Cable Era (1976-1994). He considers the remodeling of television's look and purpose during World War II; the gender, racial, and ethnic components of its early broadcasts and audiences; its transformation of postwar America; and its function in the political life of the country. In conclusion, Edgerton takes a discerning look at our current Digital Era and the new forms of instantaneous communication that continue to change America's social, political, and economic landscape.