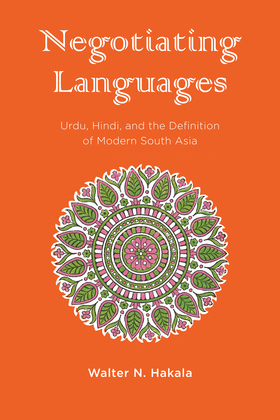 by Walter N. Hakala (Author)
Non-Fiction Human Science Language arts & disciplines Phonetics & Phonology
EPUB
unlimited loans, One at a time
Details
Prior to the nineteenth century, South Asian dictionaries, glossaries, and vocabularies reflected a hierarchical vision of nature and human society. By the turn of the twentieth century, the modern dictionary had democratized and politicized language. Compiled “scientifically” through “historical principles,” the modern dictionary became a concrete symbol of a nation’s arrival on the world stage.

Following this phenomenon from the late seventeenth century to the present, Negotiating Languages casts lexicographers as key figures in the political realignment of South Asia under British rule and in the years after independence. Their dictionaries document how a single, mutually intelligible language evolved into two competing registers—Urdu and Hindi—and became associated with contrasting religious and nationalist goals. Each chapter in this volume focuses on a key lexicographical work and its fateful political consequences. Recovering texts by overlooked and even denigrated authors, Negotiating Languages provides insight into the forces that turned intimate speech into a potent nationalist politics, intensifying the passions that partitioned the Indian subcontinent.