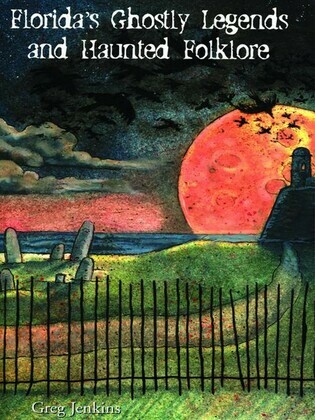 Discover the haunts of northern Florida in this second volume in the series dedicated to uncovering the uncanny in the Sunshine State. Explore abandoned hospitals, ancient springs, and modern apartment complexes from Ocala to Jacksonville, from Lake City to Tallahassee. Encounter playful spirits and frightening specters and learn their tales of lost love and watery tombs, of lives cut tragically short and souls lingering through eternity. And unearth stories of darker phenomena that have yet to be explained. . . . Plus, take an exciting tour through ancient St. Augustine, America's oldest city-and perhaps its most haunted, too. See the ghosts of Spanish soldiers in a centuries-old fort; watch for the light of a spirited bootlegging widow on the roof of a quaint inn; and feel the presence of Henry Flagler (and his unhappy lovers) in the school that bears his name. Delve into the unknown with Greg Jenkins as he examines the history, legend, and paranormal rationale behind strange occurrences in many of north Florida's haunted locations. Get a fresh look at some of the state's most infamous specters and learn never-before-heard tales of the strange and the supernatural as you take a trip through Haunted Florida. The first volume of Florida's Ghostly Legends and Haunted Folklore, covering south and central Florida, is also available.