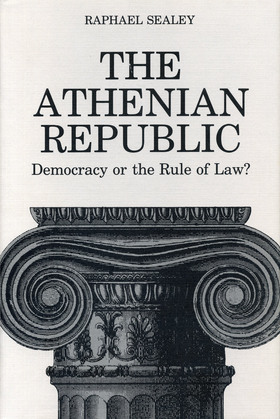 This book traces continuity in the development of the Athenian constitution, whereas previous studies have usually looked for catastrophic changes. Sealey selects three features of Athenian law which are important for the structure of society and the location of authority: (1) the legal status, and to a lesser extent the socioeconomic condition, of the different kinds of inhabitants of Attica; (2) the distinction, recognized in the fourth century, between "laws" and "decrees," analyzing what the Athians understood by "law"; and (3) the development of the Athenian courts.

At an early stage the Athenians conceived the ideal of the rule of law and adhered to it continuously. They did so by means of a static concept of law and maintenance of an independent judiciary.

The book is designed to be of importance not only for specialists in classical studies but for general historians, political scientists, and those concerned with the history of law. The book is within the reach of an advanced undergraduate and graduate audience.