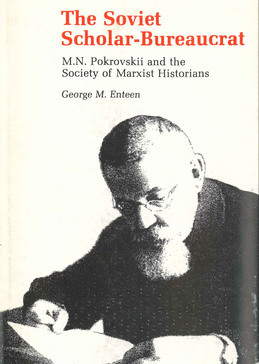 Mikhail Nikolaevich bridges 19th- and 20th-century Russian culture as well as Leninism and Stalinism, and later became an instrument in Khrushchev's effort at de-Stalinization. Pokrovskii was born in Moscow in 1868. He described the years before 1905 as his time of "democratic illusions and economic materialism." His interest in legal Marxism began in the 1890's but it was only with the Revolution of 1905 that he stepped into the Marxist camp.

Pokrovskii was a leader in the creation of the "historical front"—an organization of scholars authorized to work out a Marxist theory of the past. He formalized the bond between scholarship and politics through his belief that historians should assist party authorities in effecting a cultural revolution; thus he supported Stalin's collectivization of agriculture and leg a campaign to silence non-Marxist scholars, some of whom he had defended earlier. Yet his accommodation with Stalin was uneasy, and after Pokrovskii's death in 1932 his allegedly "abstract sociological schemes" were condemned and his career was dubbed pokrovshcina—era of the wicked deeds of Pokrovskii.