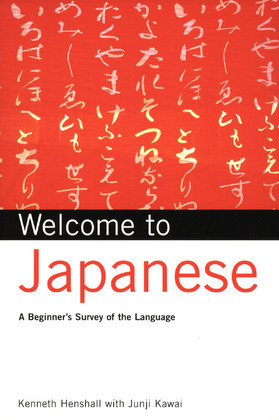 Welcome to Japanese: A Beginners Survey of the Language

by Kenneth G. Henshall (Author), Junji Kawai (Author)
Non-Fiction Languages study Japanese
EPUB
unlimited loans, One at a time
Details
This is a concise and user–friendly introduction to the Japanese language.

Japanese has too often been treated by Westerners as an exotic curiosity, but the reality is that it is a functional language spoken as a mother tongue by more than 125 million people, and ranks as the ninth most spoken language in the world. In the present global age, an age characterized by a vast range of Japanese products including electronic games and anime, more and more Westerners are in one way or another interacting with Japan and Japanese people. But it is nonetheless fair to say that the language, while increasing in popularity as a subject of study, is still not as widely spoken among non–Japanese as we might expect.

In this book we would therefore like to "demistify" Japanese, to show how the language is formed and used, and to encourage you to pursue the study of it. Of course it has its challenges, especially with regards to the writing system, but we try to put these in a balanced context. And we like to think that, by describing the various facets of the Japanese language to you, we thereby empower you with a degree of knowledge and familiarity.