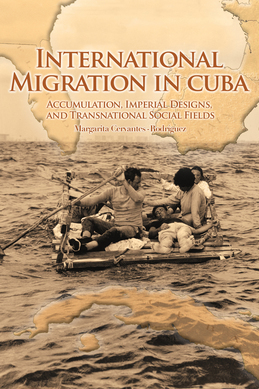 Since the arrival of the Spanish conquerors at the beginning of the colonial period, Cuba has been hugely influenced by international migration. Between 1791 and 1810, for instance, many French people migrated to Cuba in the wake of the purchase of Louisiana by the United States and turmoil in Saint-Domingue. Between 1847 and 1874, Cuba was the main recipient of Chinese indentured laborers in Latin America. During the nineteenth century as a whole, more Spanish people migrated to Cuba than anywhere else in the Americas, and hundreds of thousands of slaves were taken to the island. The first decades of the twentieth century saw large numbers of immigrants and temporary workers from various societies arrive in Cuba. And since the revolution of 1959, a continuous outflow of Cubans toward many countries has taken place—with lasting consequences.

In this book, the most comprehensive study of international migration in Cuba ever undertaken, Margarita Cervantes-Rodríguez aims to elucidate the forces that have shaped international migration and the involvement of the migrants in transnational social fields since the beginning of the colonial period. Drawing on Fernand Braudel’s concept of longue durée, transnational studies, perspectives on power, and other theoretical frameworks, the author places her analysis in a much wider historical and theoretical perspective than has previously been applied to the study of international migration in Cuba, making this a work of substantial interest to social scientists as well as historians.