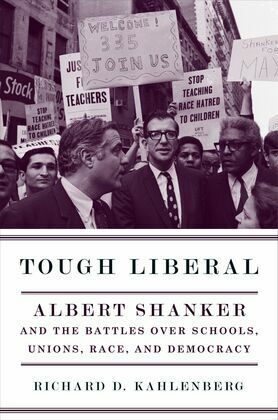 Tough Liberal: Albert Shanker and the Battles Over Schools, Unions, Race, and Democracy

Albert Shanker (1928-1997) lived the lives of several men bound into one. In his early years, he helped to found modern teacher unionism. During the 1980s, as head of the American Federation of Teachers, he became the nation's leading education reformer. Shanker supported initiatives for high education standards and accountability, teacher-led charter schools, and a system of "peer review" to weed out inadequate teachers. He also fought for "tough liberalism," an ideology favoring public education and trade unions but also colorblind policies and a robust anticommunism& mdash;all of which, Shanker believed, were vital to a commitment to democracy. Richard D. Kahlenberg is the first to offer a complete narrative of one of the most important voices in public education and American politics in the last half century.