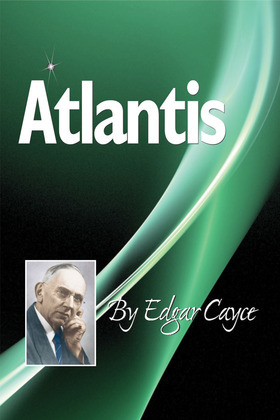 Edgar Cayce (1877-1945) has been called "the Sleeping Prophet," "the father of Holistic medicine," "the miracle man of Virginia Beach," and "the most documented psychic of all time." During Cayce's lifetime, he gave more than 14,000 psychic readings that discussed an amazing 10,000 different subjects. One of the most fascinating topics of the readings is Atlantis. According to the readings, not only did Atlantis exist, but the breadth of technology and industry at that time surpassed our own. In fact it was that civilization's unique use of a type of crystal energy that eventually led to the downfall of Atlantis over a period of several thousand years, as it broke apart and into the ocean. After a number of individuals who were given past-life readings by Edgar Cayce were told that they had been incarnated during a time in Atlantis, a group of people, staff members who were working with Edgar Cayce, decided to get a series of readings devoted solely to understanding Atlantis. These readings were not given for individuals but for this group seeking information on this ancient and legendary land. In Atlantis, you will find these readings in their entirety.