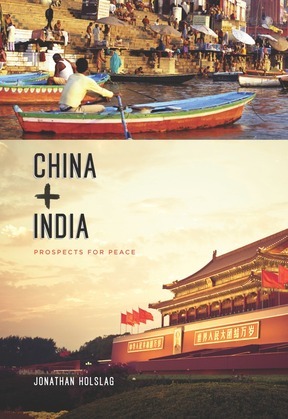 China and India: Prospects for Peace

For all their spectacular growth, China and India must still lift a hundred million citizens out of poverty and create jobs for the numerous laborers. Both powers hope trade and investment will sustain national unity. For the first time, Jonathan Holslag identifies these objectives as new sources of rivalry and argues that China and India cannot grow without fierce contest.

Though he recognizes that both countries wish to maintain stable relations, Holslag argues that success in implementing economic reform will give way to conflict. This rivalry is already tangible in Asia as a whole, where shifting patterns of economic influence have altered the balance of power and have led to shortsighted policies that undermine regional stability. Holslag also demonstrates that despite two decades of peace, mutual perceptions have become hostile, and a military game of tit-for-tat promises to diminish prospects for peace.

Holslag therefore refutes the notion that development and interdependence lead to peace, and he does so by embedding rich empirical evidence within broader debates on international relations theory. His book is down-to-earth and realistic while also taking into account the complexities of internal policymaking. The result is a fascinating portrait of the complicated interaction among economic, political, military, and perceptional levels of diplomacy.