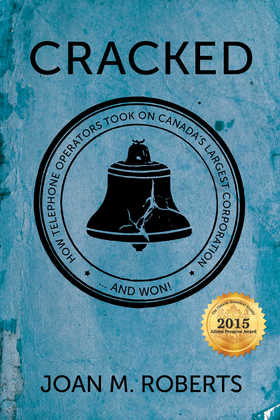 The story of the Bell Canada union drive and the phone operator strike that brought sweeping reform to women’s workplace rights.

In the 1970s, Bell Canada was Canada’s largest corporation. It employed thousands of people, including a large number of women who worked as operators and endured very poor pay and working conditions. Joan Roberts, a former operator, tells the story of how she and a group of dedicated labour organizers helped to initiate a campaign to unionize Bell Canada’s operators.

From the point of view of the workers and the organizers, Roberts tells an important story in Canada’s labour history. The unionization of Bell Canada’s operators was a huge victory for Canada’s working women. The victory at Bell established new standards for women in other so-called “pink-collar” jobs.