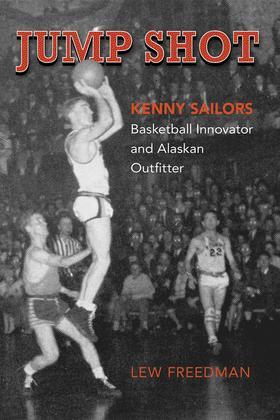 Kenny Sailors was a basketball star, and the inventor of the jump shot. He attended the University of Wyoming and was MVP in 1943 in college AA basketball. After WWII, he spent five years as an early player in the new NBA. As a youngster, Kenny was five?foot?seven but his older brother was six?foot?two so when playing basketball, Kenny had to jump up over his brother to get off a shot. That is how the jump shot was born, and
Kenny used it in college and professional basketball. He played in Denver and several other cities whose team names have now changed, but he also played for the Boston Celtics with Bob Cousy. After he left the NBA, he moved to Alaska and in 1965 settled in the Glennallen area, where he was a fishing and hunting guide in the Wrangle Mountains for thirty?five years. He now lives in Idaho, and his son lives and flies aircraft from Antioch, California.