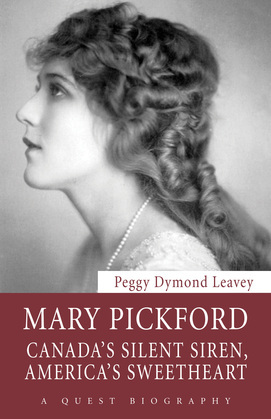 Mary Pickford’s ambition, passion, innate talent, and savvy business acumen sent her career into the stratosphere and set the blueprint for the modern movie star. Born Gladys Louise Smith in 1892, Pickford was raised in a house on University Avenue in Toronto and began her acting career on the stage. However, her determination led her to the new world of motion pictures, where she not only revolutionized acting method but negotiated her own terms for the highest salary for any actress and complete creative control over her films – unheard of behaviour for a woman of that period.

Pickford co-founded United Artists in 1919 with Douglas Fairbanks and Charlie Chaplin, which turned the existing studio system on its head. The actress’s subsequent marriage to Fairbanks incited a fan frenzy comparable to today’s obsession with couples like Brad Pitt and Angelina Jolie. Although Pickford’s star faded with the advent of talking pictures, she was the catalyst for the culture of Hollywood celebrity that enthralls us today.