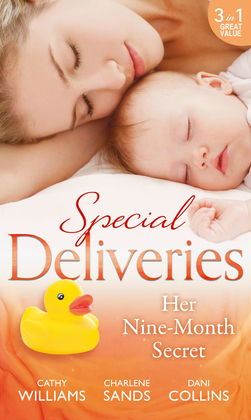 This is a question ordinary girl Holly George never thought she’d be able to answer! Until one sizzling night with brooding Brazilian Luiz changes her life. Not only is Luiz Casella a billionaire – but now Holly is expecting his baby!

Holly can don all the silk and diamonds Luiz can shower her with – but she’ll always feel most comfortable working at her animal sanctuary. Yet it seems she might have to get used to living in world of the rich & famous…

As a Casella heir cannot be born out of wedlock!

The Secret Heir of Sunset Ranch

Back from his tour of duty, wealthy Nevada rancher Justin Slade gets the shock of his life. The woman who shared his bed eighteen months ago is in his hometown with a son in tow . . . who looks just like Justin!

Katherine Grady is hiding a dark past, but when she realizes Justin seduced her under false pretenses, she’s livid… even if she still finds him as irresistible as ever. Will their secrets keep them apart, or will her hero fight for what’s his?

Proof of Their Sin

Pregnant. Lauren Bradley’s heart stops, there’s only one man who can be the father and it’s not her late-husband, the man everyone thinks is a celebrated war hero…

Ravaged with guilt at sleeping with his best-friend’s wife, Paolo Donatelli closed his heart to Lauren forever. But in nine months’ time, the proof of their incredible night together will be there for the world to see.

Marriage is Paolo’s answer to avoid more scandal, but it’s Lauren’s worst fear, she still bears the scars from the first time she said ‘I do’. Can she trust Paolo enough to reveal the truth?