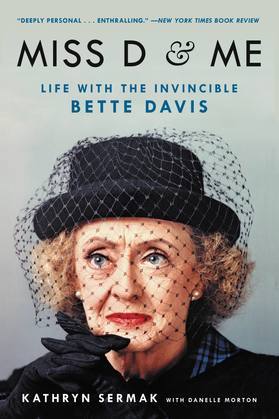 Miss D and Me

The untold story of the unique friendship between Hollywood icon Bette Davis and her young assistant and protégé, Kathryn Sermak, who became her best friend and loyal companion during the final decade of Davis's life.

When Kathryn started working for "Miss D" in 1979, the recent college graduate had to be schooled by her new employer in everything from how to give a proper handshake to which fork to use for dinner by her exacting, sometimes imperious boss. But under Miss D's tutelage, Kathryn began to blossom, and a close friendship began to develop. Kathryn was offered a front-row seat to Davis's life of Hollywood glamour--also the dark side of that world. Using one of their final road trips together in France during the summer of 1985 as a backdrop, this is the story of Kathryn and Miss D's unlikely friendship and a fascinating look at a larger-than-life diva who was determined to live her life on her own terms.