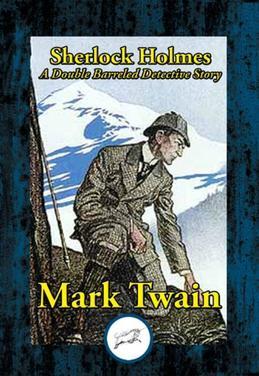 A Double Barreled Detective Story by Mark Twain features Sherlock Holmes in the American west. Twain uses Sherlock Holmes to brilliantly parody the entire mystery genre. Holmes slavishly employs the scientific method to a ridiculous degree and to a widely incorrect conclusion while attempting to solve a crime. Holmes nephew, Fetlock Jones, provides us with Twain's opinion of Holmes: "Anybody that knows him the way I do knows he can't detect a crime except where he plans it all out beforehand and arranges the clues and hires some fellow to commit it according to instructions." Fans of both Sherlock Holmes and Mark Twain will be delighted by this wonderful book.