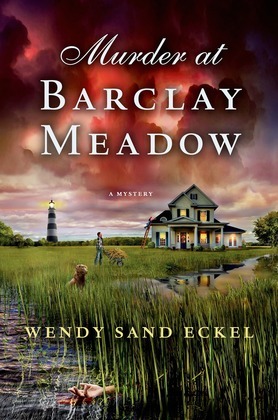 Rosalie Hart's world has been upended. After her husband confesses to an affair, she exiles herself to her late aunt's farmhouse on Maryland's Eastern Shore. With its fields untended and the house itself in disrepair, Barclay Meadow couldn't be more different than the tidy D.C. suburb she used to call home. Just when Rosalie feels convinced things couldn't get any worse, she finds a body floating in her marsh grasses. When the sheriff declares the death an accident, she becomes suspicious. The dead girl, Megan, reminds her of her own daughter, and she feels a responsibility to find out the truth.

Rosalie confides her doubts to her friends in her creative writing class, and they ask to join her investigation, beginning the search in earnest. Meanwhile, Rosalie works on restoring Barclay Meadow to its former glory—with help from the rugged Tyler Wells, a farmer who once leased the land. When Rosalie discovers her aunt's favorite bread recipe on a yellowed index card, she begins baking, and with her deep love for nourishing others rekindled, she starts to feel alive again. But as she zeroes in on the truth about what happened to Megan, she begins getting ominous threats. Determined to get justice for Megan and protect the new home she's begun to build for herself, Rosalie races to catch the killer in this deftly plotted and heartwarming debut.