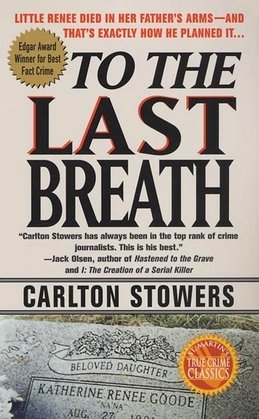 To The Last Breath

On January 22, 1994, two-year old Renee Goode played happily with her sisters and cousin, as the four of them enjoyed an impromptu "slumber party" at the home of her father, Shane Goode. The next day she was dead.

The local medical examiner could not determine the cause of little Renee's death. But her mother Annette and grandmother Sharon were convinced she'd been murdered--and that they knew the identity of Renee's killer: her handsome father, Shane Goode, a manipulative, emotionally abusive man who displayed virtually no interest in Renee--until he took out a $50,000 insurance policy on her life.

With the help of a courageous female police investigator and Assistant DA, Sharon launched a case against Shane and had Renee's tiny coffin, lovingly filled with her favorite stuffed animals, exhumed from its final resting place. And her small corpse revealed what her grandmother had suspected all along: cold, calculating Shane Goode had murdered his own daughter to cash in on her death.

To the Last Breath is the winner of the 1999 Edgar Award for Best Fact Crime.