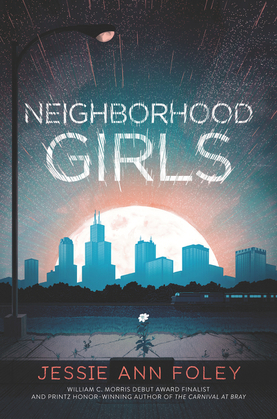 When Wendy Boychuck’s father, a Chicago cop, was escorted from their property in handcuffs, she knew her life would never be the same. Her father gets a years-long jail sentence, her family falls on hard times, and the whispers around their neighborhood are impossible to ignore. If that wasn’t bad enough, she gets jumped walking home from a party one night. Wendy quickly realizes that in order to survive her father’s reputation, she’ll have to make one for herself.

Then Wendy meets Kenzie Quintana—a foul-mouthed, Catholic uniform-skirt-hiking alpha—and she knows immediately that she’s found her savior. Kenzie can provide Wendy with the kind of armor a girl needs when she’s trying to outrun her father’s past. Add two more mean girls to the mix—Sapphire and Emily—and Wendy has found herself in Academy of the Sacred Heart’s most feared and revered clique. Makeover complete.

But complete is far from what Wendy feels. Instead, she faces the highs and lows of a toxic friendship, the exhaustion that comes with keeping up appearances, and a shattering loss—the only one that could hurt more than losing herself.