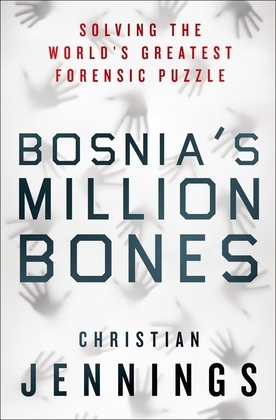 The extraordinary story of how a team of international forensic scientists pioneered ground-breaking DNA technology to identify the bodies of thousands of victims of the Yugoslav Wars, and how their work is now giving justice to families from Iraq to Bosnia

What would it be like to be tasked with finding, exhuming from dozens of mass graves, and then identifying the mangled body-parts of an estimated 8,100 victims of the 1995 Srebrenica massacre in eastern Bosnia? A leading forensic scientist likened it to "solving the world's greatest forensic science puzzle," and in 1999 one DNA laboratory, run by the International Commission on Missing Persons in Sarajevo, decided to do just that. Thirteen years on, the ICMP are the international leaders in using DNA-assisted technology to assist in identifying the thousands of persons worldwide missing from wars, mass human-rights abuses and natural disasters.

Christian Jennings, a foreign correspondent and former staffer at the ICMP, tells the story of the organization, and how they are now gathering forensic evidence of those killed in Libya and Iraq, and tracing the victims of brutal regimes in Chile and Colombia. He describes too how they helped identify the victims of Hurricane Katrina and the Indian Ocean tsunami, in this moving and fast-paced story about the power of science to bring justice to broken countries.

Now used as evidence at war crimes trials in The Hague, the technology described in Bosnia's Million Bones is an amazing story of modern science, politics, and the quest for truth. It is real-life CSI in action.