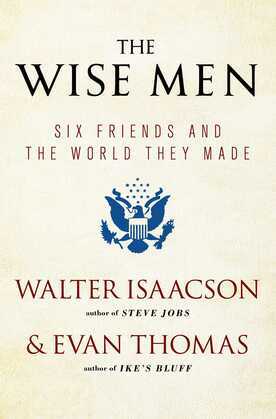 A captivating blend of personal biography and public drama, The Wise Men introduces the original best and brightest, leaders whose outsized personalities and actions brought order to postwar chaos: Averell Harriman, the freewheeling diplomat and Roosevelt's special envoy to Churchill and Stalin; Dean Acheson, the secretary of state who was more responsible for the Truman Doctrine than Truman and for the Marshall Plan than General Marshall; George Kennan, self-cast outsider and intellectual darling of the Washington elite; Robert Lovett, assistant secretary of war, undersecretary of state, and secretary of defense throughout the formative years of the Cold War; John McCloy, one of the nation's most influential private citizens; and Charles Bohlen, adroit diplomat and ambassador to the Soviet Union.