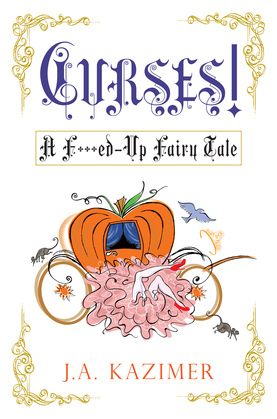 I'm no hero. In fact, up until a couple of days ago, I was the villain. Kidnapped maidens, scared kids, stole magic tchotchkes--until I got into a little scrape with the union. Now I'm cursed with the worst fate in New Never City--no matter what I do, I gotta be nice.

So when a head-case princess named Asia barges into my apartment and asks me to find out who whacked her stepsister, Cinderella, I have no choice but to help her. And I'm more than willing to head back to her parents' castle and do some investigating if it means I can get into her black leather cat suit. Except this twisted sister has a family nutty enough to send the Biggest Baddest Wolf running for the hills--and a freaky little curse of her own. . .