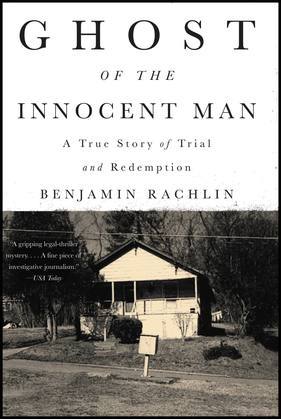 Ghost of the Innocent Man

A gripping account of wrongfully imprisoned Willie J. Grimes, his 24-year-road to justice, and the founding of North Carolina's Innocence Inquiry Commission, the only organization of its kind in the country.

After a 1987 rape in Hickory, North Carolina, a mistaken identification by the victim combined with botched evidence and suspect testimony led to the conviction and decades-long incarceration of Willie Grimes. Grimes, who was working two jobs to make ends meet at the time of his arrest, had no history of violent crime. He was a gentle spirit beloved by friends and family. For the next quarter century he and they devoted their lives to securing his freedom and providing justice for a crime he did not commit. Using this case as a lens into the criminal justice system at large, GHOST OF THE INNOCENT MAN unearths the shocking realities of wrongful conviction, and reveals the people and organizations fighting for social justice on behalf of those without a voice.

One of those people, Christine Mumma, was Grimes's crusader. Mumma never stopped believing in his innocence, and it was she who was responsible for spearheading the founding of North Carolina's Innocence Inquiry Commission, the only organization in the country with the power to declare a person not merely not guilty, but legally innocent. Grimes's exoneration is one of ten that the Innocence Inquiry Commission has secured since its inception. With meticulous research and pulse-quickening prose, GHOST OF THE INNOCENT MAN presents the tragedy and triumph of one man's long road to justice. More than that, it is a call to action through this account of one life spent away, but not gone to waste.