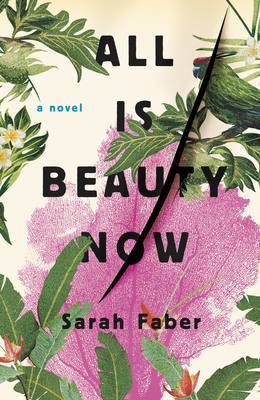 All Is Beauty Now

Luiza Maurer, the eldest daughter of a family descended from American Confederates, disappears one hot afternoon while taking her younger sisters to the beach. She swims farther and farther out into the horizon until she seemingly vanishes. Immediately everyone in the family has their own understanding and interpretations of her mysterious death. Dut did she drown or stage her own death? And can the family survive the truth of solving the mystery?

Hugo, Luiza's brilliant, bi-polar father, is convinced that Luiza is dead, and his illness grows steadily worse as he delves into writing his wife Dora's eccentric family history to distract himself from his pain and increasing madness. Left to fend for themselves, Luiza's two younger sisters Magda and Evie run wild on the beaches and streets of Rio and Carnival, unsupervised and exposed to the darker side of what adults do and say when they think that no one is watching or listening. Dora, meanwhile, certain that her daughter is alive, sets out on a quest to find her-a quest that becomes increasingly urgent when Evie recalls having witnessed a sexually charged encounter between Luiza and a family friend that disturbs Dora for more reasons than one.

Told in shimmering, sensual prose, LIGHTNING TO THE CHILDREN is a story of family secrets revealed and loyalties tested that shows us how, sometimes, we must abandon everything we know in order to find ourselves and come back home again.