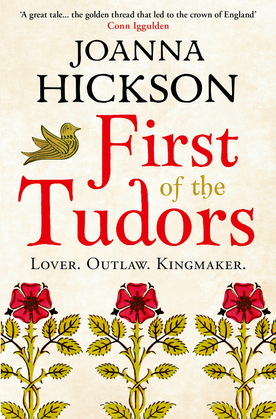 First of the Tudors

Jasper Tudor, son of Queen Catherine and her second husband, Owen Tudor, has grown up far from the intrigue of the royal court. But after he and his brother Edmund are summoned to London, their half-brother, King Henry VI, takes a keen interest in their future.

Bestowing Earldoms on them both, Henry also gives them the wardship of the young heiress Margaret Beaufort. Although she is still a child, Jasper becomes devoted to her and is devastated when Henry arranges her betrothal to Edmund.
He seeks solace in his estates and in the arms of Jane Hywel, a young Welsh woman who offers him something more meaningful than a dynastic marriage. But passion turns to jeopardy for them both as the Wars of the Roses wreak havoc on the realm.

Loyal brother to a fragile king and his domineering queen, Marguerite of Anjou, Jasper must draw on all his guile and courage to preserve their throne ? and the Tudor destiny…