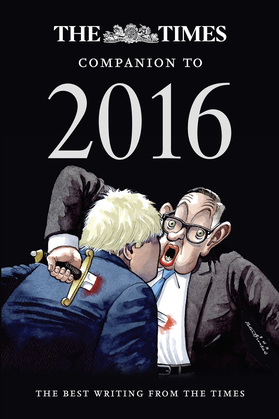 The Times Companion to 2016: The best writing from The Times

A year of political earthquakes, global sporting events and continuing terror threats. The Times Companion to 2016 covers some of the most insightful journalism from the newspaper. These are the stories behind the headlines covered by The Times team of international journalists from around the world.

A selection of the best articles, features and photographs from a year of The Times from November 2015 to September 2016. Carefully chosen for their excellence and intrinsic appeal, not a month-by-month annual review.

Coverage includes (to be confirmed);

Legal news
• Young muslims fuel huge rise in Sharia marriage
• Have judge, will travel: why the future might be a pop-up court

Sport
• Following my friend Ali, from Olympic glory to a late-night jog in the jungle
• Cricket is key to Pakistan’s identity – the country is starved without it