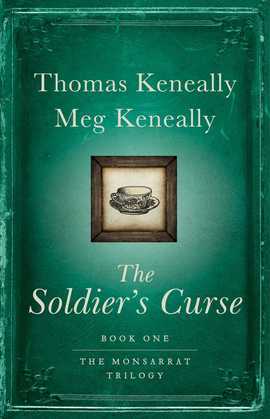 The Soldier's Curse: A Novel

In the Port Macquarie penal settlement for second offenders, Hugh Monsarrat hungers for freedom. Originally imprisoned for forging documents to pass himself off as a lawyer, he is now the trusted clerk of the settlement’s commandant.

His position has certain advantages, including access to the Government House kitchen and outstanding cups of tea from housekeeper Hannah Mulrooney, who is his most intelligent companion. But things change when the commandant heads off on assignment and his beautiful wife, Honora, suddenly falls ill. Only when she dies does it becomes clear she has been slowly poisoned.

Monsarrat and Mrs. Mulrooney suspect the commandant’s right hand man, Captain Diamond, a cruel man who shared an intimate history with Honora. But when Diamond has Mrs. Mulrooney arrested for the murder, Monsarrat must find the real killer in order to exonerate this innocent woman and his good friend in this thrilling and whip-smart mystery.