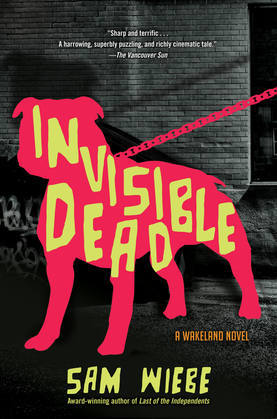 An ex-cop who navigates by a moral compass stubbornly jammed at true north, Dave Wakeland is a talented private investigator with next to zero business sense. And even though he finds himself with a fancy new office and a corporate-minded partner, he continues to be drawn to cases that are usually impossible to solve and frequently don't pay.

When Wakeland is hired by a terminally ill woman to discover the whereabouts of her adopted child-who disappeared as an adult more than a decade earlier-it seems like just another in a string of poor career decisions. But it turns out this case is worse than usual, even by his standards. With only an anonymous and vaguely worded tip to guide him, Wakeland interviews an imprisoned serial killer who seems to know nothing about the case, but who nonetheless steers him toward Vancouver's terrifying criminal underworld.

And it all goes downhill from there.

Whatever ghosts drive Wakeland, they seem to drive him inexorably toward danger-a journey he's content to take so long as it means finding out what happened to someone the rest of the world seems happy enough to forget. With nothing to protect him but his wit and his empathy for the downtrodden and disenfranchised, Wakeland is on the case.