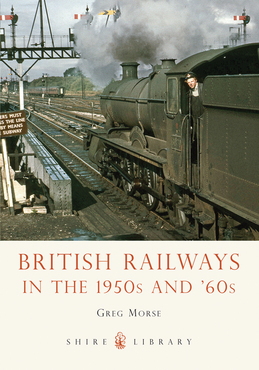 As Britain moved from austerity to prosperity in the 1950s and 1960s, it became clear that British Railways needed to modernise its equipment and rationalise its network if it was to hold its own in the face of growing competition from road and air transport. After attempting to maintain pre-war networks and technology in the 1950s, a reversal of policy in the 1960s brought line closures, new liveries and the last breath of steam, as Dr Beeching and his successors strove to break even and build a new business from the old. From Britannia to the 'Blue Pullman', Evening Star to Inter-City, Greg Morse takes us through this turbulent twenty-year period, which started with drab prospects and ended with BR poised to launch the fastest diesel-powered train in the world.