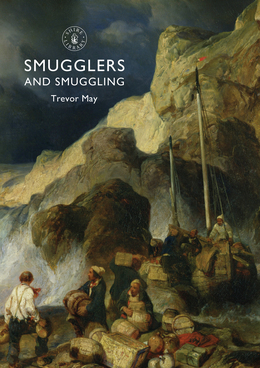 Smuggling was rife in Britain between the seventeenth and mid-nineteenth centuries, and since then smugglers have come often to be romanticised as cheeky rogues Â? as highwaymen of the coasts and Robin Hood figures. The reality could be very different. Cut-throat businessmen determined to make a profit, many smugglers were prepared to use excessive force as often as they used cunning, and the officers whose job it was to apprehend them were regularly brutally intimidated into inaction. Trevor May explains who the smugglers were, what motivated them, where they operated, and how items ranging from barrels of brandy to boxes of tea would surreptitiously be moved inland under the noses of, and sometimes even in collusion with, the authorities.