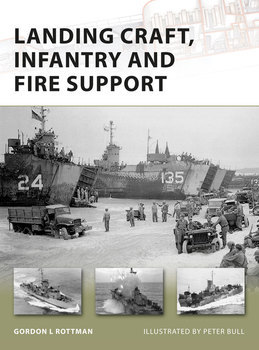 Described by one soldier as "a metal box designed by a sadist to move soldiers across the water,Â?? the Landing Craft, Infantry was a large beaching craft intended to deliver an infantry company to a hostile shore, once the beachhead was secured. The LCI and its vehicle-delivery counterpart, the Landing Ship, Medium were widely used by the allies during World War II. Later, the hulls of these ships were used as the basis for a fire support ship. While the landing ships were phased out after the Korean War, some fire support craft remained in use throughout the Vietnam War. This book tells the developmental and operational history of this important tool of American amphibious military strategy that spanned three wars.