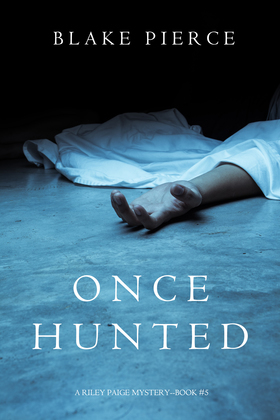 Once Hunted (A Riley Paige Mystery--Book 5)

"A masterpiece of thriller and mystery! The author did a magnificent job developing characters with a psychological side that is so well described that we feel inside their minds, follow their fears and cheer for their success. The plot is very intelligent and will keep you entertained throughout the book. Full of twists, this book will keep you awake until the turn of the last page."
--Books and Movie Reviews, Roberto Mattos (re Once Gone)

ONCE HUNTED is book #5 in the bestselling Riley Paige mystery series, which begins with the #1 bestseller ONCE GONE (Book #1)--a free download with over 600 five star reviews!

A prison break from a maximum security prison. Frantic calls from the FBI. Special Agent Riley Paige's worst nightmare has come true: a serial killer she put away years ago is loose.

And his main target is her.

Riley is used to being the one hunting, but for the first time, she finds herself--and her family--to be the ones being hunted. As the killer stalks her, he also begins a new rampage of kills, and Riley must stop him before it is too late--for the other victims, and for herself.

But this is no ordinary killer. He is too smart, and their game of cat-and-mouse too twisted, and he somehow manages to elude her and always stay one step ahead. Desperate to stop him, Riley realizes there is only one way: she must delve back into the past, into this killer's twisted mind, his old cases, and re-learn what drives him. The only way to stop him, she realizes, is to face the darkness she thought she had left behind.

A dark psychological thriller with heart-pounding suspense, ONCE HUNTED is book #5 in a riveting new series--with a beloved new character--that will leave you turning pages late into the night.

Book #6 in the Riley Paige series will be available soon.