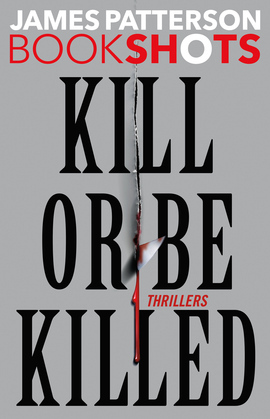 Kill or Be Killed: 4 BookShots Thrillers

A BOOKSHOTS special edition
THE TRIAL
An accused murderer called Kingfisher is on trial. And Detective Lindsay Boxer and the Women's Murder Club are in for a courtroom shocker you'll never see coming.
LITTLE BLACK DRESS
Can a little black dress change everything? What begins as one woman's fantasy is about to go too far.
HEIST
A band of ruthless thieves is about to pull off the perfect diamond heist-until a rival crew arrives at the exact same time.
THE WOMEN'S WAR
Former Marine Corps colonel Amanda Collins and her lethal team of women warriors have vowed to avenge her family's murder.
And they have nothing left to lose....
BookShots
LIGHTNING-FAST STORIES BY JAMES PATTERSON