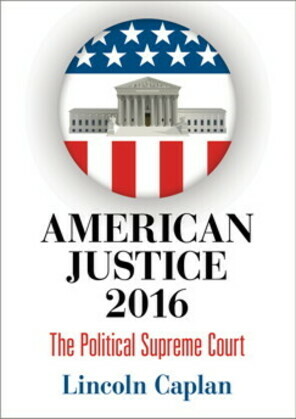 When the Democrat-appointed Justice Ruth Bader Ginsburg criticized Republican presidential nominee Donald Trump, she triggered concerns about judicial ethics. But the political concerns were even more serious. The Supreme Court is supposed to be what Alexander Hamilton called "the least dangerous" branch of government, because it is the least political. Justices have lifetime appointments to ensure their "complete independence" when deciding cases and controversies. But in the Roberts Court's most contested and important rulings, it has divided along partisan lines for the first time in American history: Republican presidents appointed the conservatives, Democrats appointed the liberals. Justice Ginsburg's criticisms suggested that partisan politics drive the Court's most profound disagreements. Well-respected political science supports that view.

Has this partisan turn made the Court less independent and less trustworthy than the nation requires? The term ending in 2016 included more decisions and developments in almost fifty years for analyzing this question. Among them were major cases about abortion rights, the death penalty, immigration, and other wedge issues, as well as the death of Justice Antonin G. Scalia, leaving the Court evenly divided between conservatives and liberals. Legal journalist Lincoln Caplan dissects the recent term, puts it in historical context, and recommends ways to strengthen trust in the Supreme Court as the pinnacle of the American constitutional system.