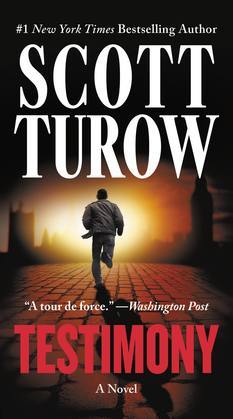 In the bestselling tradition of Presumed Innocent-the 1987 debut novel that made him "one of the major writers in America" (NPR)-comes what may be Scott Turow's best thriller yet.

Bill ten Boom has walked out on everything he thought was important to him: his career, his wife, Kindle County, even his country. Still, when he is tapped to examine the disappearance of an entire Kosovo refugee camp--unsolved for ten years--he feels drawn to what will become the most elusive case of his career. In order to uncover what happened during the apocalyptic chaos after the Bosnian War, Boom must navigate a host of suspects ranging from Serb paramilitaries to organized crime gangs to the U.S. government, while also maneuvering among the alliances and treacheries of those connected to the case: Morgan Merriwell, a disgraced U.S. Major General; Ferko Rincic, the massacre's sole survivor; and Esma Czarni, a seductive barrister.