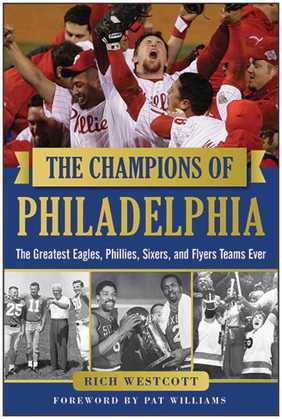 The Champions of Philadelphia

Since the start of the twentieth century, Philadelphia?s professional teams in four major sports have won a combined total of seventeen championships. All of Philadelphia?s current teamsthe Phillies in baseball, the Eagles in football, the Flyers in ice hockey, and the 76ers in basketballhave won championships. The list of champs also includes long-gone teams such as the Athletics in baseball, the Warriors in basketball, and the Frankford Yellow Jackets in football.

In Rich Westcott?s The Champions of Philadelphia, each of these teams earns a chapter devoted to its championship season. There are detailed descriptions of the games and players, plus noteworthy interviews. Starting with teams from the 1940s, Westcott has interviewed more than fifty players, managers, coaches, and others, including luminaries such as Mike Schmidt, Chuck Bednarik, and Bobby Clarke.

The City of Brotherly Love is also a city that loves its champions. Westcott?s in-depth account of Philadelphia?s athletic triumphs will attract fans of each of the four active professional teams.