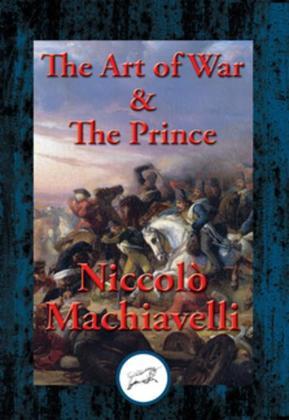 The Art of War & The Prince: With Linked Table of Contents

Collected here in one omnibus edition are Niccolò Machiavelli's most import works, The Art of War and The Prince. It was Niccolò Machiavelli who essentially removed ethics from government. He did it with The Prince, when he asserted that The Prince (president, dictator, prime minister, etc.) does not have to be concerned with ethics, as long as their motivation is to protect the state. It is this questionable belief that in many ways had led to the modern world as we know it. His assertion was that the head of state must protect the state no matter the cost and no matter what rules he or she breaks in the process. If you want to understand modern politics you must read this book. Machiavelli considered The Art of War his greatest achievement. Here you will learn how to recruit, train, motivate, and discipline an army. You will learn the difference between strategy and tactics. Machiavelli does a masterful job of breaking down and analyzing historic battles. This book of military knowledge belongs alongside Sun-Tzu and Clausewitz on every device.