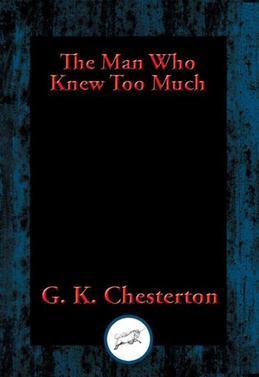 The Man Who Knew Too Much

Harold March, the rising reviewer and social critic, was walking vigorously across a great tableland of moors and commons, the horizon of which was fringed with the far-off woods of the famous estate of Torwood Park. He was a good-looking young man in tweeds, with very pale curly hair and pale clear eyes. Walking in wind and sun in the very landscape of liberty, he was still young enough to remember his politics and not merely try to forget them. For his errand at Torwood Park was a political one; it was the place of appointment named by no less a person than the Chancellor of the Exchequer, Sir Howard Horne, then introducing his so-called Socialist budget, and prepared to expound it in an interview with so promising a penman. Harold March was the sort of man who knows everything about politics, and nothing about politicians. He also knew a great deal about art, letters, philosophy, and general culture; about almost everything, indeed, except the world he was living in.