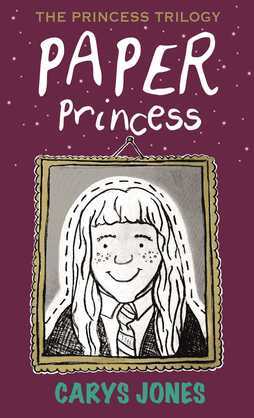 Paper Princess is the first in a young adult series by Carys Jones, for fans of Cathy Cassidy and Jacqueline Wilson.

After the summer of Matilda ‘Tilly’ Johnson’s 11th birthday things are changing. Tilly is about to start secondary school, the same school as her older sisters, Monica and Maria. But Tilly doesn’t fit in with her sisters. She doesn’t really fit in with anyone. Her head is always filled with fairy tales and potential happily-ever-after endings. In her mind she’s still a princess trapped up in a tower waiting to be rescued.

Everyone is telling Tilly that she needs to stop believing in fairy tales and start being present in the real world. But with so many things changing beyond her control is Tilly really ready to give up the one thing which makes her feel safe? Can Tilly learn to accept that happily ever afters might not even exist?