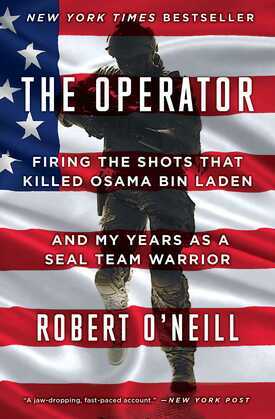 In The Operator, Robert O’Neill describes his idyllic childhood in Butte, Montana; his impulsive decision to join the SEALs; the arduous evaluation and training process; and the even tougher gauntlet he had to run to join the SEALs’ most elite unit. After officially becoming a SEAL, O’Neill would spend more than a decade in the most intense counterterror effort in US history. For extended periods, not a night passed without him and his small team recording multiple enemy kills?and though he was lucky enough to survive, several of the SEALs he’d trained with and fought beside never made it home.

“Impossible to put down…The Operator is unique, surprising, a kind of counternarrative, and certainly the other half of the story of one of the world’s most famous military operations…In the larger sense, this book is about…how to be human while in the very same moment dealing with death, destruction, combat” (Doug Stanton, New York Times bestselling author). O’Neill describes the nonstop action of his deployments in Iraq and Afghanistan, evokes the black humor of years-long combat, brings to vivid life the lethal efficiency of the military’s most selective units, and reveals details of the most celebrated terrorist takedown in history. This is “a riveting, unvarnished, and wholly unforgettable portrait of America’s most storied commandos at war” (Joby Warrick).