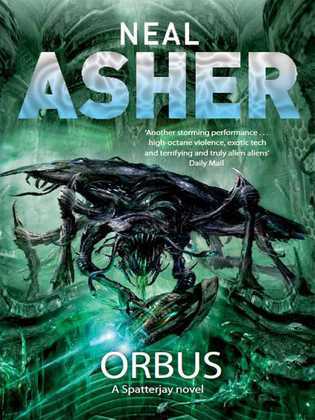 This is a follow-up to The Voyage of the Sable Keech tracing the journey of an Old Captain, Orbus - a sadist in charge of a crew of masochists - to a planetary wasteland called The Graveyard' lying between the Polity and the Prador Kingdom. An ancient war drone by the name of Sniper has stowed away aboard his spaceship, and the purpose of the journey is not entirely what the captain expected. Also heading in the same direction is the Prador king and the Prador Vrell. Vrell, having been mutated by the Spatterjay virus into something powerful and dangerous, has seized control of a Prador dreadnought, killing much of its crew, and is intent on heading back to the Prador Third Kingdom to exact vengeance on the King of the Prador, who tried to have him killed. All three ships are heading towards a climatic confrontation to The Graveyard, where underlying truths about the virus are revealed and an ancient menace to civilization reappears...