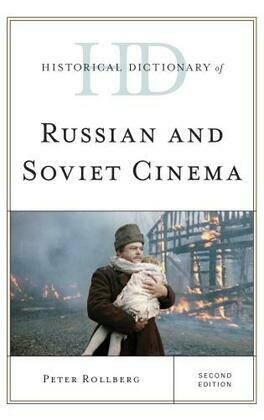 Russian and Soviet cinema occupies a unique place in the history of world cinema. Legendary filmmakers such as Sergei Eisenstein, Vsevolod Pudovkin, Dziga Vertov, Andrei Tarkovsky, and Sergei Paradjanov have created oeuvres that are being screened and studied all over the world. The Soviet film industry was different from others because its main criterion of success was not profit, but the ideological and aesthetic effect on the viewer. Another important feature is Soviet cinema’s multinational (Eurasian) character: while Russian cinema was the largest, other national cinemas such as Georgian, Kazakh, and Ukrainian played a decisive role for Soviet cinema as a whole. The Historical Dictionary of Russian and Soviet Cinema provides a rich tapestry of factual information, together with detailed critical assessments of individual artistic accomplishments.

This second edition of Historical Dictionary of Russian and Soviet Cinema contains a chronology, an introduction, and a bibliography. The dictionary section has over 600 cross-referenced entries on directors, performers, cinematographers, composers, designers, producers, and studios. This book is an excellent access point for students, researchers, and anyone wanting to know more about Russian and Soviet Cinema.