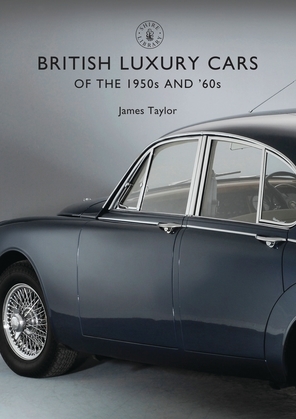 In the 1950s and 1960s, luxury car buyers, from government ministers to captains of industry, almost invariably bought British. These were stately, dignified, and grand vehicles, with many featuring leather interiors and wood trim. Unfortunately, that market has now largely disappeared and, with it, so have the car-makers themselves. This new book covers cars in the over-3-litre class from the biggest names in British luxury motoring including Alvis, Daimler, and Lagonda, and high-end models from Austin, Rover, and Jaguar. It examines the features and characteristics of these classic cars, as well as explaining why they fell from prominence in the 1970s. Replete with beautiful photography throughout, this book is a loving portrait of the British luxury car, a dearly missed saloon defeated by foreign imports.